It’s already a tradition. The Reyes Magos Night is equivalent to HEX night and, this time, in one of our new spaces, which we baptised in September as the new “refuge for the libertinage of Techno music”. We are talking about AlteratE Club, a venue where HEX offers a proper rave atmosphere. First quality and well eq’d sound, right lightning and an outstanding work -as usual- from Acid Thermal on visuals. Everything, to accompany a musical proposal that keeps pointing the way.

And, keeping the tradition going, the Reyes Magos Night is also equivalent to a night with Oscar Mulero. The Madrid native gave us a 3-hour set that started with dark ambient -we had great memories of his Monochrome AV show at Sónar 2018-, went through Mulero’s most typical mental Techno and finally settled on an initial selection much more violent and industrial than many expected, to finally return to that introspective and even psychedelic techno for which he’s well-known. In itself, seeing any DJ for 3 hours is always spectacular, but watching someone like the head-honcho of Pole Group spin a musical story was especially enjoyable.

This time, Lorenzo Raganzini was in charge of opening the night, barely exceeding 130 bpm and showing us a kinder side, less violent, but faithful to his industrial and rave influences. PØLI closed the event. And he did it by offering us one of his best sets to date: long ambient intro, sudden irruption of -very- broken bases, slow progression towards his most destructive Techno sound, shy trance and EBM hints and surprising rhythmic breaks that made AlteratE Club deliver beyond 6 am. Another night to lock in in great memories of HEX. And also, another night of memories from 4 ravers, regulars of the HEX movement. 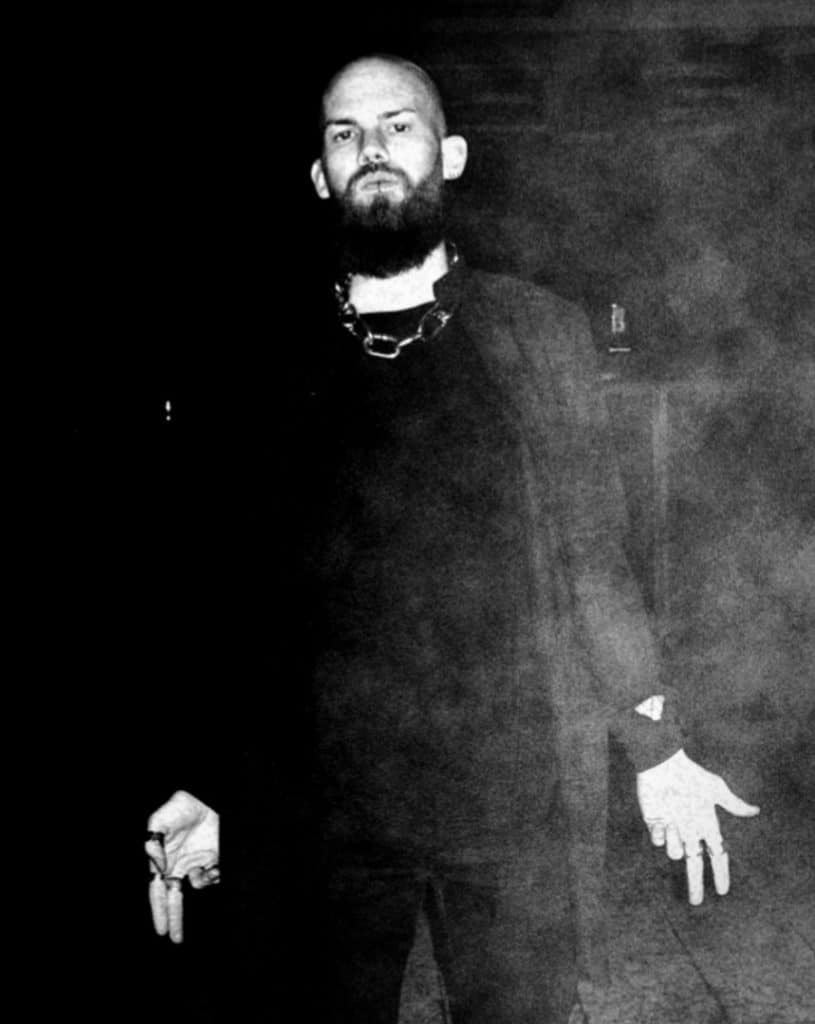 I’m from Barcelona, and I’ve been going out in the dark underground movement of the city since 2009. From the old Demonix, through Inferno and even Undead in its good years. Until the decline of the movement started in 2014, when I didn’t spend so much time going out because nothing was motivating me. It wasn’t until the end of 2018 (super late!) that I discovered, fortunately, HEX and all the movement behind it. Finally, there was a new dark movement in Barcelona, fresh and shiny, and about a genre that until now was unknown and stigmatised at the same time. And it wasn’t until the first event I attended in late 2018 that I realised that this is what I had been looking for so far. The moment I first walked into a HEX rave I became an unconditional supporter of the movement. I even got the logo tattooed on my hand, and travelled to see Lorenzo Raganzini and PØLI (and I plan to continue doing so).

The best thing, apart from the HEX parties, is all the people behind it. I am glad to have met in person all the people who run the parties and strive for HEX to be synonymous with quality and closeness. You can see the passion they put into it and it is really contagious. Last year 2019 I didn’t miss almost any HEX date (and if I did it was because of personal commitments) and when I saw that the movement was spreading, that they would start creating AlteratE, a new concept, a new image, I felt a volcano in my heart. Seeing that not only the movement works, but that it evolves and succeeds, and that I can feel a part of this beginning… is VERY motivating. After two dates at AlteratE, I can say that it is 100% the kind of atmosphere and clubbing experience that I enjoy the most. If someone were to ask me what the ideal type of rave for me is, I would probably talk about AlteratE Club as a concept to describe it. In an ideal future, for me, AlteratE should be a much more frequent event. It’s one of the few raves nowadays where you can easily unwind without any worries. 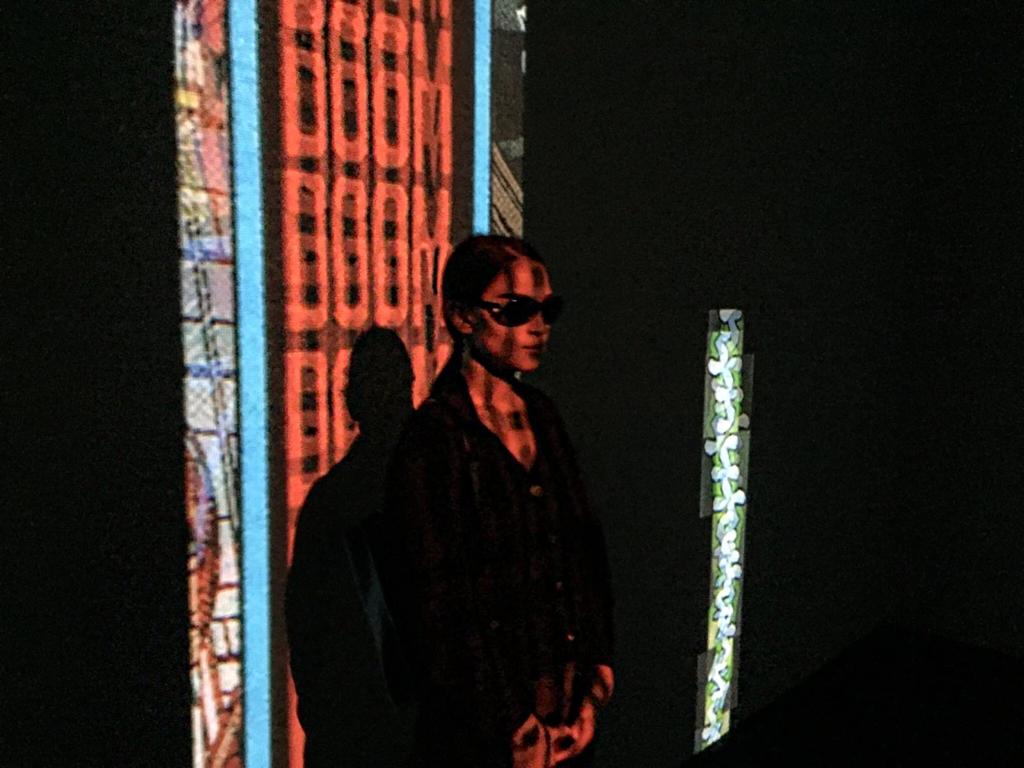 My visit to AlteratE Club to see Oscar Mulero was my first time at a HEX event, but before going I already knew it wasn’t going to be the last one. I come from Tbilisi, Georgia, which is now becoming a very popular in terms of clubbing and electronic music scene. Specially Techno music is growing so fast there, and we have amazing DJs and clubs, like KHIDI, where HEX already hosted an event. Therefore, I’m really picky when going out in Barcelona. We have a lot of clubs and artists coming here, but it’s hard to find the right environment for Techno music. I’ve been visiting several Techno parties and I never found the same vibe that I would have in Tbilisi or, for example, in Berlin. The other day, I finally found that feeling in HEX. It was the really true Techno rave I’ve found in Barcelona since I came here 1.5 years ago.

For me, the crowd is very important when clubbing. At HEX, I saw true lovers of clubbing and the music. Everybody was listening to the music and enjoying it. There was a real appreciation for the musicians. In other massive clubs, I find a lot of tourists and random people who don’t even know who’s playing. That kills the vibe. At HEX, people knew the Techno music. I felt the real vibe, that industrial vibe, avoiding posh stuff and fancy vibes with flashed selfies everywhere around. AlteratE Club also gave me a good feeling. The whole concept of it is the perfect place for a clubbing experience signed by HEX. HEX puts together good music, right environment and amazing crowd. These three things are what build a proper rave, and I went to sleep really happy because I finally found the three of them gathered in my new hometown. 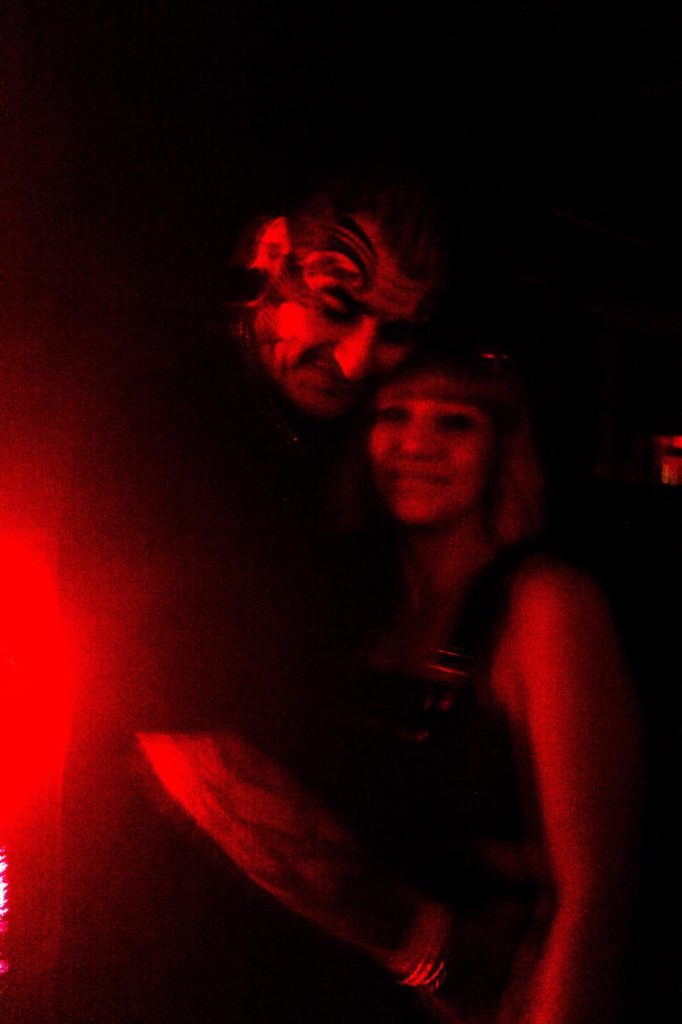 I come from Ciudad de La Plata, in the capital of Buenos Aires, Argentina. I started to go to raves in my country, and then continued in Berlin and lately in Barcelona, where I met PØLI and Lorenzo Raganzini and all the HEX staff. I’m a part of HEX because the guys have been able to create an environment where I can be myself without feeling judged. AlteratE Club is a great proposal for the movement. There’s always been a high quality in the DJs side, and the venue and the vibe are evolving better than ever. HEX family: don’t lose your essence, keep growing and stay strong with your underground musical approach.

I’m from Barcelona and I’ve been going to Techno parties for 7 years! I’m 32 years old now. Previously, I had a partner and didn’t use to go out to party. Since I discovered Techno music, I knew it was my thing. I love dancing and especially the connection I have with this music. I consider myself a part of HEX because I’ve practically seen it grow and evolve since the first battles, and I think that today it’s the best organised rave with the best DJs in town. I find AlteratE a unique place where people can be themselves and let themselves be carried away by the atmosphere. So, I want to thank the HEX guys for all their work and passion. Keep doing what you are doing. Keep making us happy.

For the next AlteratE event, on Friday March 6th, HEX and Boiler Room join forces to bring “HARD DANCE” to Barcelona for the very first time, as part of the official world tour of the new and renowned Boiler Room event series.